Today professor Yajuan Lin spends much of her time processing DNA samples in a laboratory at Duke Kunshan University.

The hours are long, but the lab is warm, and she can return home to her husband and a cup of tea at the end of the day. However, her research hasn’t all been in such a comfortable environment.

Lin’s lab work is the final stage of a study into the impact of Antarctic ice melt on climate change, which began in 2017 as a scientist on the Antarctic Circumnavigation Expedition, a gruelling journey which involved sub-zero temperatures, rough seas and cramped conditions, but was also one of the most fantastic and rewarding experiences of her career.

‘It was a tough trip but a great experience,’ she said. ‘The area is just beautiful. When you are there in that environment it’s overwhelming.’

Lin, an assistant professor of biogeochemistry, was one of 155 scientists, working on 22 different projects, who spent time on the trip, a five-month circle around the South Pole aboard the Akademik Tryoshnikov, under the leadership of David Walton, a renowned environmental scientist who passed away in 2019.

The large, orange-and-white Russian ship, which housed a helicopter pad, dining hall, cabins and multiple laboratories, was commissioned for a collaborative international expedition organised by the Swiss Polar Institute, involving scientists from 21 countries.

Seals sun themselves on a bank in sight of the Akademik Tryoshnikov (Photo: Sharif Mirshak)

Lin spent time aboard on the first leg of the journey, between Bremerhaven in Germany and Cape Town, South Africa, and the fourth leg, from Punta Arenas, Chile, back to Cape Town again.

The professor’s work involved using a mass spectrometer inside an on-board laboratory, which measured carbon sequestration levels collected through a pipe sampling sea water continuously from the bottom of the ship. In the meantime, one team member was hunkered down most of the time inside the lab, monitoring the equipment.

When that was not Lin, it was one of her collaborators on the project, who included Nicolas Cassar, a professor of biogeochemistry at Duke University, and Lois Maignien, an associate professor at the Institut Universitaire Europeen de la Mer, who co-authored the project proposal with her.

They also measured the water temperature along with other factors as they travelled and collected samples of microbial sea life, including phytoplankton, algae and bacteria, using a device called a CTD (conductivity, temperature and depth) sensor, that was sunk into the water at different levels, as far down as four thousand meters.

Most of the time there were two team members aboard the ship at one time, working in tandem around the clock, taking it in turns to rest and monitor equipment, so that no moment was wasted.

It was a difficult journey with temperatures dropping well below freezing, and dangerously rough seas that saw scientists confined below deck on occasion.

Conditions were cramped, with four to a room sleeping on bunk beds. Lin recalls crawling into bed at the end of each shift and setting her alarm to get up for the next one in darkness so not to wake her roommates, some of whom worked for other research teams.

She also missed her husband, she said, but talked with him, and her friends, as often as the ship’s satellite Internet allowed, to keep her ‘spirits up’.

‘When there was a good signal everyone got excited because they could call their families,’ she said.

‘I used to go to the top deck to talk with my husband because the signal was best there. It was one of the most popular places on board to use the Internet.’

Despite the hardships, there were many magnificent moments on the journey and a real sense of comradeship, according to Lin.

She recalls all the scientists aboard heading to the deck to marvel at the scenery whenever they came close to the Antarctic, or an iceberg. 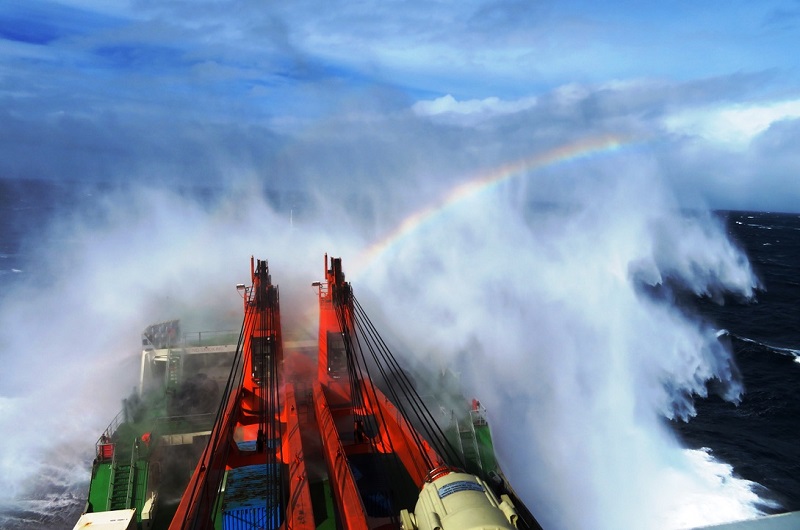 Notwithstanding, or perhaps because of the cramped conditions, the scientists also bonded into a close-knit group.

‘One of the best ways to get to know someone is to stay with them on a ship for months. We got to know each other very well. Now we are good collaborators,’ she said.

Now back in China, Lin has begun trawling through vast amounts of data to discover the impact of ice melt on climate change.

This change in environment alters the community of microscopic sea life as those better adapted to it flourish while others do not.

‘We know the community is changing,’ said Lin. ‘The question is, is the community that’s surviving more or less efficient at carbon cycling.’ 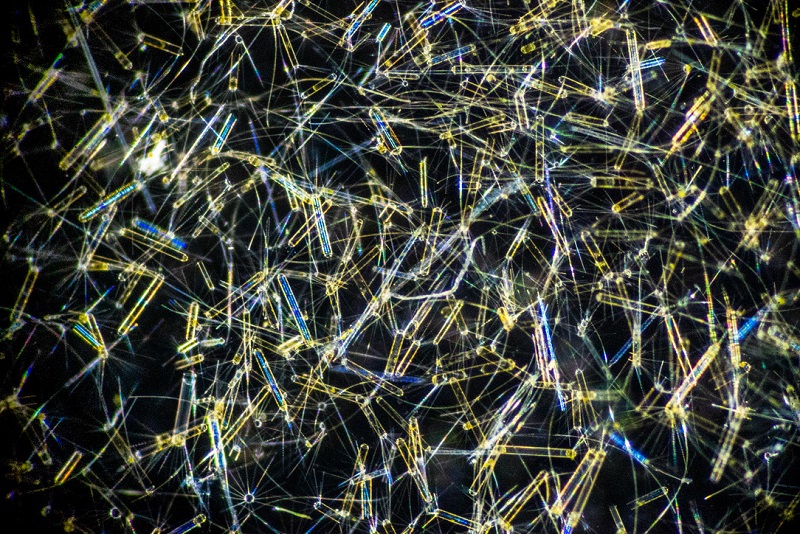 The global carbon cycle refers to the exchanges of carbon within and between the atmosphere, the oceans, land and fossil fuels, and is an important factor in global warming.

Lin uses special computing tools to analyse the sea life DNA samples she collected in the Antarctic, as well as the other data, putting it together to develop a model that will predict carbon cycling in the future.

The jury is out as to what the impact of ice melt is, with Lin’s research yet to be finished. Ultimately, it could be speeding up climate change, or having the opposite effect.

Either way, when complete, the professor’s research will enable more accurate calculations that can then be factored into climate change predictions.